The most popular operating system is Google’s Android, version 4.4 KitKat and the upcoming Android L OS, and Apple’s iOS 8 that powers Apples’s iPhone and iPad lines.

Android takes the cake in terms of total market share due to its penetration in developing markets and due to it’s lower cost. iOS and Apple still dominate first world countries where often costs are subsidized via special packages by cellphone network carriers.

Proponents of Android claim that the faster development cycle and continued improvements will give Android a decided edge against iOS in the long term.

Google is focusing 100% on the software, whereas Apple focuses on both the software and the hardware components, which ironically brings to mind a well known quote from the late Steve Jobs on the power of focusing on what you are good at, advice that Google’s Larry Page was quick to ignore. Google’s never ending stream of readily available free web services also serve to potentially dethrone Apple’s dominance in established markets. 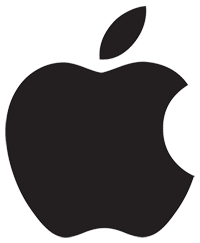 Apple still maintains the most established App Store according to many tablet reviewers and a user interface that is, hands down, one of the easiest to use no matter what your experience level may be.

With the release of iOS 8, Apple continues with its flat design philosophy much like Windows 8 and has added many new features and user enhancements not found on other mobile operating systems.

Other notable operating systems include Blackberry 10, Blackberry’s flagship mobile OS, Windows Phone, and Nokia’s new Asha Platform, Firefox OS and the Linux based Ubuntu Touch.  These operating systems offer their own unique take on the mobile experience but lack the market penetration of Android and iOS.