In Part 1 we explored if and why you need tablet. It’s now time to get into the details of the tablets themselves. We’ll examine what constitutes a tablet and the various form factors that they take. This post is part 2 of our tablet buying guide and introduces a number of popular tablet formats. Tablets come in all shapes and sizes and with innovation still running high in the tablet industry it’s safe to say the best is still to come. 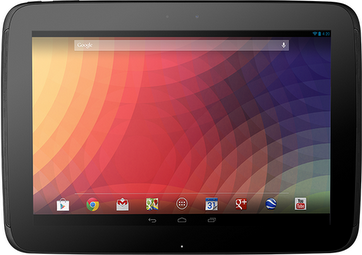 Slate tablets are your standard tablet. Smooth and flat without any keyboard and named after the metamorphic rock type, most tablets fall into this category. Sizes can range from 7-inches all the way up to 18-inches. A typical tablet size is around 10 inches though smaller 7-inch versions are also gaining popularity such as Google’s Nexus 7.

Notable tablets include the ever popular iPad Air from Apple.  If you are not a fan of paying a premium price you may also want to consider the Google Nexus 4, Google’s current flagship tablet manufactured by Samsung.  Both tablets have their positives and negatives – the iPad wins through sheer engineering brilliance and hardware as well as the most well established App Store while Google wins on it’s ever evolving operating system and a much healthier price tag.

While the Nexus and the iPad are two shining examples, there are a plethora of slate tablets available on the market to suit almost any need so be sure to do some digging before whipping out your wallet.

Slate tablets and mini-tablets are more suited to entertainment and browsing the web than convertible models, while e-book readers are further aimed at the rapidly growing e-book market. 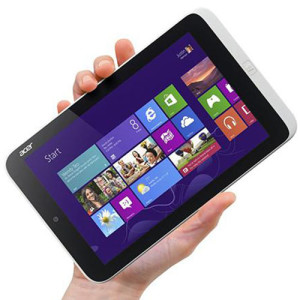 Mini-tablets are like slate tablets but are simply smaller in screen size, usually around 7 inches or lower. They are designed to be held in one hand and some users (usually with smaller hands) prefer these tablets for reading using only one arm.

Again, Google and Apple take the spotlight hear with the their line of Nexus 7’s and iPad Mini’s respectively. Google was initially the first to enter the market with the Nexus 7 and have recently released the 2nd generation Nexus 7 to critical acclaim and at an extremely reasonable price, entrenching it as one of the best value tablets on the market. The iPad mini 2013 has a heftier price tag but puts Apple’s renowned polish into the mini tablet experience for those with a few extra bucks to spare. To view examples of mini-tablets on Amazon.com you can click on the link below. 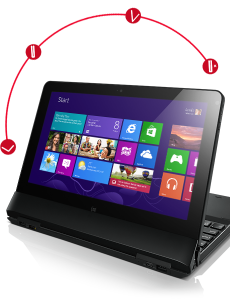 Convertible tablets are slate tablets that come with an attachable keyboard. The keyboard helps to blur the line between tablets and laptops and opens up more avenues for tablets to be used for work and serious productivity.

Hybrid tablets differ from convertibles in that the keyboard is permanently attached (often via a swivel mechanism) though they essentially fulfill the same purpose. To view examples of convertible tablets on Amazon.com you can click on the link below.

If you ask anyone who owns a tablet whether they use it for doing work the answer will almost always be a resounding no, unless they are talking about convertible business tablets often running the new Windows 8.

Booklets are dual-touchscreen tablets with the ability to fold in half for improved mobility. The design is similar to a laptop except both sides offer a touchscreen with no keyboard present and the obvious size difference.

The booklet design has never quite seen mainstream popularity though there are still a few models doing the rounds online.

Phablets are phone / tablet hybrids that usually implement unusually large screens but offer voice calling capabilities like any other smartphone.  Some models such as the Samsung Galaxy Note range and more recently the iPhone 6 Plus have achieved success as a smartphone alternative for many users.