The holiday season has come and gone, and there was one device that many of us were expecting for the holidays that never made an appearance. I’m talking, of course, of the Samsung Galaxy Tab S3, Samsung’s upcoming successor to the successful Tab S2 line of premium tablets. Unfortunately, it seems that the shipment of this new device has been delayed. So, the question is, where is the Samsung Galaxy Tab S3? Will it be coming to a store near you soon?

It seems the tablet has been delayed until 2017, but we don’t know when it will come in 2017. Most industry insiders believe the tablet is due for a release sometime in the next few months, that puts it sometime in the first or second quarter of this year.

The tablet itself is said to borrow heavily from the Samsung Galaxy S7, and that is good. Most expect the tablet to include the Exynos 8890 chip that is in the S7, for example, which will bring a much faster processor for even more power when compared to the S2.

It is worth noting that while we still don’t know much about the tablet, it has actually made a trip through the FCC. Every smartphone and tablet must go through the FCC before being released. Because of this, you can expect that it won’t be much longer before the tablet reaches store shelves.

On top of remaining silent about the hardware in the device, the company hasn’t even released an image of it. One leak as seen below shows a new line of tablets from Samsung that look much like the Galaxy Tab S2. Check out the picture below: 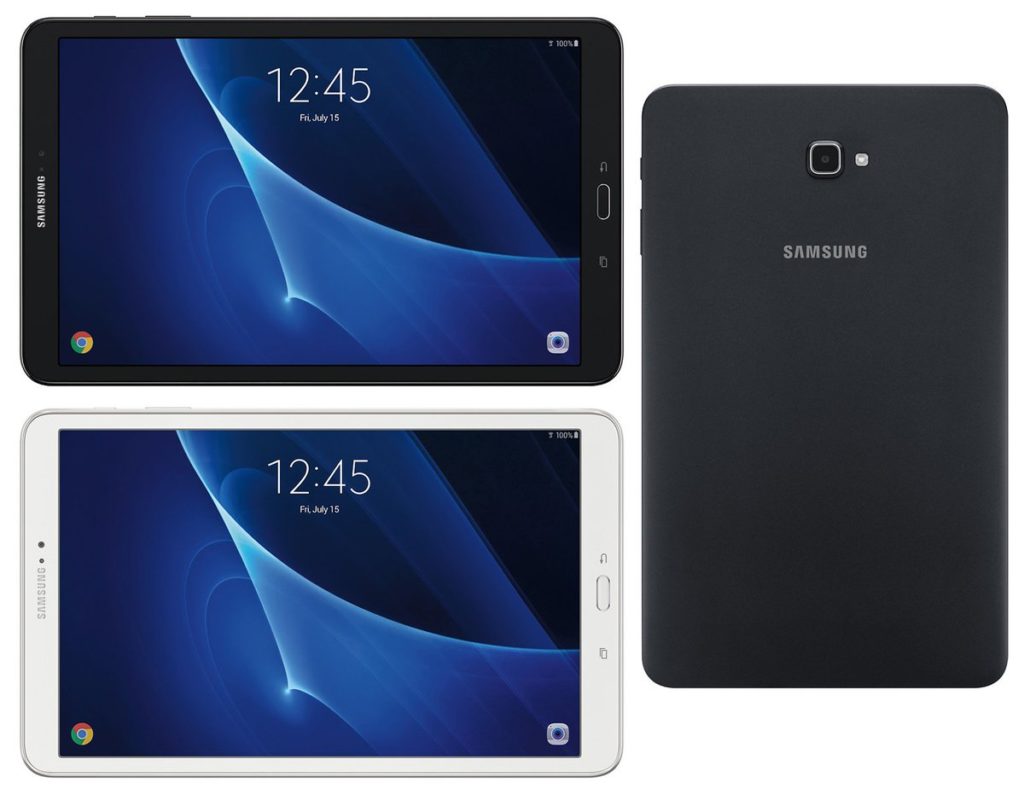 If this does prove to be the Samsung Galaxy Tab S3, it appears that Samsung is, for the most part, sticking with the existing design of the Galaxy Tab S2 for this next release. That’s not necessarily a bad thing, as the design of the S2 is top notch.

As far as the screen is concerned, the leak appears to display a 16:10 screen, which would be a change from the previous model. You can expect that Samsung will stick with the same sizes of 9.7-inch and 8.0-inch as well, and you can pretty much expect it to be an AMOLED screen instead of IPS. Unfortunately, we haven’t heard anything about the resolution of the screen. Many are hoping that it will feature a 4K display, but that is just rumor at the moment. The other interesting tidbit about the screen is that it may be curved like the Samsung Galaxy S7 Edge. Samsung has invested a lot in this new screen and continues to push it heavily in its marketing, so we could be seeing a curved option in the S3 as well.

Remember, nothing has been confirmed as of yet. For many of the details, we are just going to have to wait and see when Samsung finally announces the release of the Samsung Galaxy Tab S3. Are you looking forward to the release? Tell me your thoughts in the comments below.