There was a time when using a tablet meant you had a choice of two operating systems – Android or iOS. Today, things are a bit different. Microsoft was famously late to the mobile party, but they have been making great strides in the last few years to catch up. Today, there are a wide range of tablets powered by Windows 10. While the Surface Pro may be the leader in the category, there are many third party tablets made by big time players such as Dell and Acer.

Pros of Using a Windows 10 Tablet 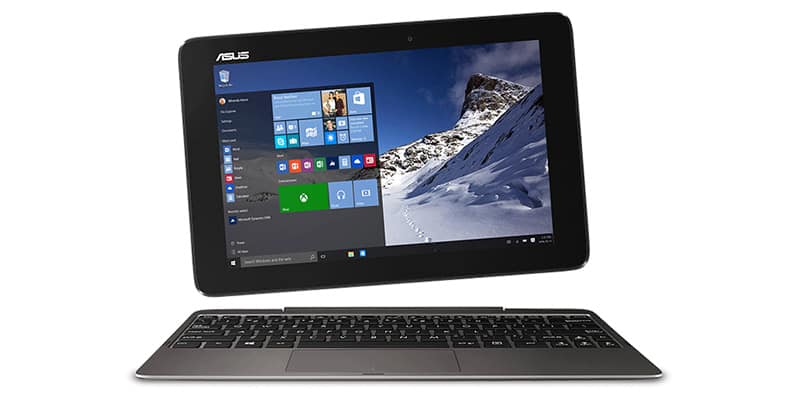 While Android and iOS are great, they aren’t really designed to give you a full desktop experience. They are created to be touch friendly devices for entertainment and a little light work on the side while you travel. A Windows 10 tablet, on the other hand, has been designed to give you the best of both worlds. Windows 10 includes a tablet and a desktop interface all in one operating system. That means that if you need a more productivity designed interface to get some real work done, you will have it on your Windows 10 tablet.

One of the coolest features of Windows 10 is the ability to work on one device and then pick up right where you left off on another, all by using your Microsoft Account and the cloud. If you sign on to both your laptop or desktop computer running Windows 10, you can work and then open the same documents and pick up right where you left off without having to do anything on your tablet. This makes working both in and out of the office much simpler and will increase your productivity as you will spend less time moving files around and saving them to work in different applications.

One of the biggest problems many people have with mobile devices is the lack of some application support. If you use apps such as Photoshop, for example, you have very limited options when using an iPad or an Android tablet. On Windows 10, however, you can install full desktop applications on your tablet. Remember, with Windows 10 on a tablet, it is still a full fledged desktop operating system, so you can use it just like you do a regular desktop PC. This makes accessing many different applications that aren’t normally available on mobile platforms a breeze so you can work on whatever app you need when you are on the go.

Look, I’m a huge fan of learning new operating systems and I take great pride in the ability to seamlessly switch between using Windows, Android, macOS, iOS, and even Linux. But that’s what I do. Not everyone has the time or the desire to learn a new operating system. But if you are a big Windows 10 use and you pick up an Android tablet or iPad, that’s exactly what you have to do. If you don’t want to learn something new and just want something that works, then a Windows 10 tablet is a great option for you, as the operating systems will function exactly the same on your PC as they will on your tablet.

Another big complaint many have with tablets is their lack of peripheral support. If you want to connect a hard drive, or maybe a camera, or whatever, your support will be limited. To be fair this has improved in recent years, but Android tablets and iPads still lack the same robust support found in Windows 10. However, if you use a Windows 10 tablet, that lack of support gets thrown out the window. Because its Windows, you will be able to connect whatever you want to it, providing, or course, that you have the right ports to connect them, and that varies depending on the Windows 10 tablet you buy.

Cons of Using a Windows 10 Tablet 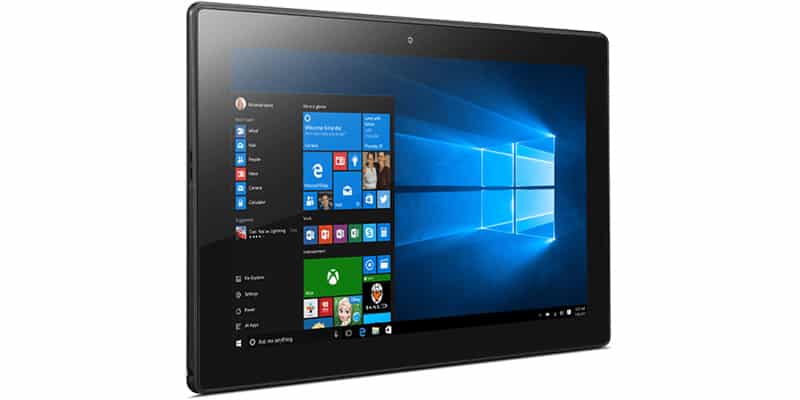 While there are a lot of good reasons to choose a Windows 10 tablet, there are many reasons why you shouldn’t. Let’s check out the cons of using a Windows tablet so you know what you will be giving up when you make the switch.

To be fair, some Windows 10 tablets are pretty darn affordable. However, these devices are usually underpowered and sometimes poorly made, much like the really affordable Android tablets. The more advanced devices, such as the Microsoft Surface Pro will cost you almost as much as a high end laptop to purchase. Contrast that with some of the high end Android tablets and you will end up spending more for it.

Because you are running a full version of Windows 10, your tablet will be vulnerable to viruses and malware just like your Windows 10 PC. While there have been instances of malware and security issues with Android and iOS, you can’t even compare them to the number of viruses and malware out there for Windows 10. If you run a Windows 10 tablet, make sure you also run good antivirus and anti-malware software as well.

The Microsoft Store has hundreds, if not thousands of apps available for it. But the number of apps, and especially the number of popular apps, pales in comparison to the apps found on the App Store and the Google Play store. This is even more true when it comes to some of the more popular games out there. While you may be able to install desktop apps, some of the more popular mobile apps found on Android and iOS are just not available on the Microsoft Store. This gets better every day, but they still have a long way to go before it will ever rival the App Store and Google Play.

The touch interface for Windows 10 is pretty darn good, but when you switch to tablet mode, it will take a little getting used to. That’s not to say it’s not good, but in my experience I just prefer the touch interfaces found on Android and iOS. Each release of Windows improves this experience, and you may think it is just fine. But to each their own. In some ways I believe that the touch interface just isn’t quite as robust and easy to use compared to the others, but it may be something you can get used to with just a little bit of usage.

While Windows 10 tablets have great peripheral support, there aren’t as many accessories out there for them. By accessories I mean things like cases, specialized keyboards designed for the, etc. The iPad and Android tablets have tons of accessories you can buy that add to their functionality and just make them more fun and useful. While there are a few choices out there, you will find limited third party support for the devices. This will vary from tablet to tablet, of course. But overall you will have many more choices if you go with an Android tablet and even more if you pick up an iPad.

There are many great reasons to use a Windows 10 tablet. If you need access to full fledged desktop applications, for example, a Windows 10 is the best choice, by far. However, if you prefer many of the mobile apps found on the Google Play and App Stores, then you will be missing out if you use Windows 10 as your tablet operating system. In the end, it comes down to how you will use it and what you need from a tablet. If you need an entertainment device only, then I would stick with iOS or Android, but if you need a device for both work and play, then a Windows 10 tablet is one of the best options for you.

What do you think? Do you like using a Windows 10 tablet or do you prefer to stick with Android or iOS? Let me know what you think in the comments below.